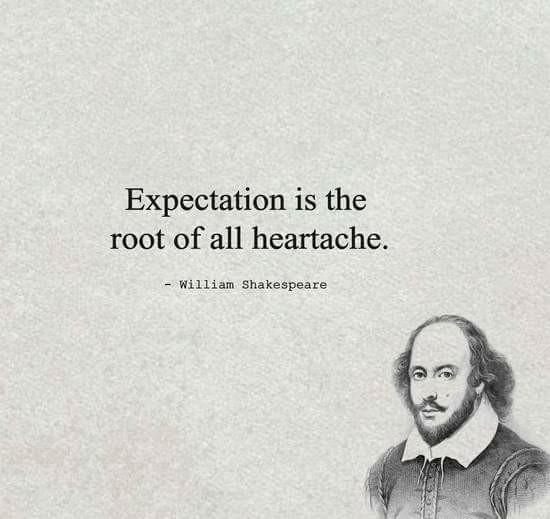 ***TRIGGER WARNING***
This post contains references to abuse and trauma.

I was watching Rick and Morty and a theory occured to me. That Rick was actually a war veteran coping with the traumatic experience by dissociative personalities (alternate versions of himself). That Morty, his grandson, was the only way he could have a true sense of himself and who he is as he tries to merge all those realities within himself to heal. Morty is his mirror. Allowing him to see himself, which is why sometimes he hates him, other times he loves him. Its the only way he can get a sense of who he is and how the choices he makes affects his realities. I came to this theory because of the massive change in perspective that has occured to me in the last few weeks in my internal search for who I am. To know myself completely.

I know that because of what I’d been through that my concept of love was to be abused. I searched for people who would make me feel safe, then when I felt it, my expectation was that I’d then be used, abused. That my sense of self worth, of never being enough, was reinforced by who would come into my life and treat me like that. I lived in a constant state of dissociation since I was very very little because I was forced to become self aware at very young age because of my gender being incongruent with who I am. I felt total disconnect from my body and went into a state of dissociation which I’ve lived in since. When I experience something in my head, its very much real to me. There was no distinction between fantasy and reality. I couldn’t separate between what was fantasy, like a scene in bdsm, and what was reality because my reality was abusive. But understanding that difference, I can see how the pain I was caused trapped me into wanting that same pain over and over because it was familiar. It was my definition of love.Through out my life my mind has had to compartmentalise experiences. Creating alternate versions of myself in order to cope. Visual manifestations of dissociative states. It was the only way I could try and heal from them because of how my mind works being empathic. Its easier for me to feel the pain of others and help them then it is to help myself. So I externalised my pain into people I could help. I created ‘mirrors’. I started to reintegrate them through music, and now art. Its why so much of my music and art is reflective of the person listening or looking. I listen to certain songs because they tell me how I feel. Sometimes it will feel sad, other times, like love. Those are the strongest mirrors and the ones people connect with the most. Or at least, connect on a deeper level with. It helped me to break through all those dissociative states of self.

But breaking through all those states of dissociation I’ve realised that nearly everyone I see is in a form of it. Its like masks. People wearing these ideas of themselves but its not really them. People find my art and me confronting because I don’t wear a mask. I am myself. And when you are, you become a mirror to people. They see themselves in me, in my art, my music. Depression is caused when you need to break free of a mask, something that isn’t you. Anxiety is caused by trying to put on a mask that isnt you. Its our minds way of forcing us to look inwards. To listen to ourselves without the voice. Listen to what we feel, rather then what that voice in your head is telling you to feel. To understand you are not the voice in your head but the awareness that sits behind it, that knows that its a voice.

Duality is human nature. We can be both infinitely kind and infinitely terrible. Cause immense pain, but also immense pleasure. Both of which are in the mind. Your minds capacity for pain and pleasure far outweighs that of the body you inhabit. People cause each other pain because it forces you into a dissociative state and people who are dissociated are easier to control. I know this because I’ve been on both sides of it. Been controlled and controlled others through my own pain in order to teach them things about themselves, how to heal, how to control empathy so it cant be used to control you (as was done to me by others). To understand how some people will use the empathy of others to control them. Its why humanity is constantly being thrown into upheaval. War causes dissociation from pain. But that pain is passed on through generations. As with anything, once you understand it, it becomes a choice. And what defines us is the choices we make once we have understood that there IS a choice and what things actually ARE choices. If you understand that anything is possible, you have to define who you are by figuring out what you are not. It can be a painful process and one I’ve been forced into over and over again in my life. The biggest thing that causes dissociation in nearly everyone is the fear of death. If you’ve never faced your own mortality, it is easy to distract yourself from it. You can float along just never really doing what you want to. But if you have, you have an innate sense of time. I didn’t realise what it was that was different about me until recently when I started drawing. People have messaged me saying they wished they could draw, that they want to do it ‘one day’. I couldn’t wrap my head around it. I wanted to draw so I picked up a pencil, put it to paper and started drawing. But its because I have an overwhelming sense of my own mortality. That ‘zone’ that artists and musicians talk about; its where we lose a sense of time. When I draw or write music, I feel like I’m discovering something that already exists.

I can’t judge people because to do so would be to judge myself. For the first time in my life I can stop judging myself for what I’ve been through, the choices I made when I didnt realise it was a choice I was making and forgive the choices others have made that affected me. I would see all these terrible things I’ve been through in my life and figure out where it came down to a choice I made, how I could blame myself for the things that happened to me. Because if I could do that, then I could accept it and move on. But because being born in the wrong body wasn’t my choice, it didn’t fit with my concept of “the difficulties I face are of my own doing”. The thing is, I believed that there arent bad people, there are just bad choices which is true for the vast majority of people. But there are. There are psychopaths just as there are empaths. People who cause that pain, and people who heal it. I believe what is happening in the world, the change that everyone is starting to feel, is the removal of those masks. To be able to recognise who is causing the pain and why, and to stop it. That for our entire human history, we have been stuck in this spiral of abuse, but that we don’t have to be.

This might not be everyone elses truth. We are all different and see things differently. But this is the Truth that I know.
Lily xX

Watching you go through your life in the past year has been punishing on my heart, greatest love shared with every beat I return to your side. Thank you for trusting me with your wisdom, the friendship of a life time for me. May you know I will always be here and there for you the most beautiful soul I have come to know. Love Honor Trust. Thank you for picking up my broken pieces also, on my journey to be me. healing each other to this new era in life. Both stronger for it’s no effort to be free.